The article can also be read on the St. Louis Post-Dispatch's website by clicking HERE.

Jason Taylor has been a real estate agent, loan officer and environmental consultant. At times, he earned $27 a hour. Then he got into trouble with the law in 2005 and was put on probation.

Everything changed. Since then, he has had a difficult time finding a job - let alone one that matched any of his previous salaries.

"Some companies have policies against hiring someone on parole," said Taylor, 39, of Florissant. "It doesn't matter if your crime has nothing to do with your job. They just won't hire you. You're best chance is with a small and personal company."

That's why he started AAA Enterprises LLC in 2008, finishing rehab projects for property owners. He didn't want to start his own company, but he felt he had no choice.

Taylor is on probation until 2012 for domestic violence against his ex-wife in 2005. He has one child and must pay child support. He has remarried.

Under parole, an offender is monitored by the Missouri Department of Corrections and must follow certain terms and conditions for a certain amount of time. If those conditions are broken, the offender can go back to jail.

Finding full-time employment is key to keeping offenders on track.

A variety of community groups, working with the state's probation department, formed the St. Louis Alliance for Reentry (STAR) as an information clearinghouse. With STAR, probation officers easily can see all of the programs available for parolees. Then, STAR works to choose the best way to help a parolee.

"We've got business, religious, educational institutions and other groups with us," said Donna King, administrator for District II of the Missouri Board of Probation and Parole. "Our mission is the successful intervention that will help the ex-offender become self-sufficient and to reduce recidivism."

Statistics show 91 percent of Missouri's prisoners will be released back to the community, most of them on parole, said Herbert L. Bernsen, acting director for St. Louis County Justice Services.

Without full-time employment, 54 percent will return to prison.

ARCHS hosts summit on moving from incarceration to employment

The article can also be read on The St. Louis American's website by clicking HERE.

Culinary workers who recently graduated from a program at Area Resources for Community and Human Services (ARCHS), the principal organizer of the summit, gave attendees an understanding of what ex-offenders go through in trying to move from incarceration to employment.

Sarah McCoy is one of 10 ex-offenders who recently graduated from ARCHS’ culinary training program, cosponsored by St. Louis Community College and Job Corps.

“It’s a process,” McCoy said of job training and reentry. “You can’t lose focus. It’s even harder getting back into society. It isn’t gonna be open arms.”

“The ex-offenders still need assistance and don’t know the simple things like tying a tie and some don’t even have a G.E.D,” said ARCHS Chief Executive Officer Wendell E. Kimbrough.

Out of prison -- now what? Reentry programs help those returning to community life

Article can be viewed on St. Louis Beacon's website by clicking HERE.

When Clark Porter, a job and family specialist with the U.S. Probation Office, looks across his desk at a client who's just been released from prison, he recognizes the skeptical stare that's often directed at him.

Nearly a decade ago, that was Porter sitting in the other chair, just out of confinement and wondering what kind of invasive monitoring he could expect from the government official assigned to his case. But when the initial conversation with his probation officer had nothing to do with rules, he was taken by surprise.

"What do you want for you?" Porter remembers the officer asking.

"I figured this person was going to be my enemy, but I thought to myself, 'OK, he wants to talk about me,'" Porter recalls thinking.

"What do you want for you?" Porter repeated. It was a daunting question. He paused for a few seconds and then told the officer about his goals: finding a permanent place to live, going back to school and eventually getting a steady job.

Porter has found that stability, and he credits the U.S. Probation Office with helping him stay on course. He's now the one asking recently released prisoners what they want for themselves. Their responses are often familiar. So too, in some instances, are their faces.

"One guy [a client of Porter's] had been in with me," he said. "We literally walked the same prison together, hung out together and trash talked together. He sees me now and says, 'I can't believe it.' I say that I'm just trying to help him get himself together."

Read more: Out of prison -- now what? Reentry programs help those returning to community life

Article can be viewed on St. Louis Post-Dispatch's website by clicking HERE.

Nancy McCarthy began her remarks at the St. Louis Ex-Offender Reentry Summit on Tuesday by telling the story of a young man who, she believed, embodied the problem society faces with prisoners who have served their sentences and are sent back to the streets.

McCarthy is a regional administrator for the probation and parole board of the Missouri Department of Corrections. She was on the campus of St. Louis Community College at Florissant Valley this week to help relaunch and re-energize a partnership between the state and faith-based organizations aimed at resettling ex-convicts and reducing recidivism rates.

The young man about whom McCarthy spoke had visited the probation office at District 7-South in Jefferson City the week earlier after being released from a 120-day treatment program.

His plans for post-incarceration life had included living with his mother. But when he arrived at his mother's house, she had been evicted, and he didn't know where she was living. When he finally found his mother, there was no room for him. Same at his father's house. His grandmother had room, but since he had stolen from her before going to prison, she wouldn't have him. He ended up, temporarily, on his aunt's couch.

The man was 22 and had never held a job. He had quit school at 16 after completing ninth grade. The children's division of the Missouri Department of Social Services was looking for him to pay child support.

"Is he a model citizen?" McCarthy asked the crowd at Tuesday's summit. "No. Is he responsible for where he is? Yes. Now what? If it takes a village to raise a child, imagine what it takes to raise an adult."

During 2007, about 16 percent of the 1.2 million people on parole and at risk of reincarceration in the United States returned to prison, according to the Bureau of Justice Statistics. 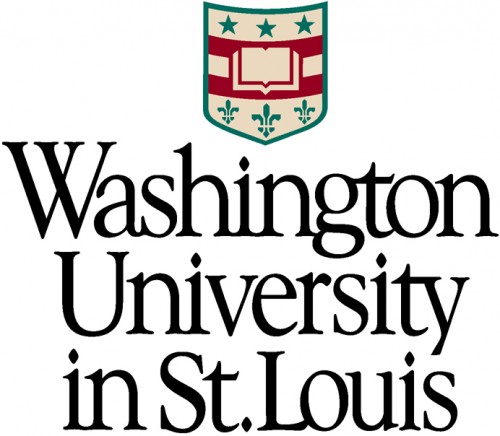 STAR is proud to co-sponsor this upcoming symposium at Washington University in St. Louis.

Co-sponsored by: The Washington University Prison Education Project (PEP), Let’s Start, the Center for Women in Transition, Connections to Success, and STAR, with funding from the Gephardt Institute for Civic and Community Engagement