ST. LOUIS • Nick wanted to kill himself with heroin.

He was already dealing with horrible images seared into his brain as an Army infantryman who was in the Pentagon during the 9/11 terrorist attacks.

Then two years later, he was almost killed in a car crash.

And nearly two years ago, his 2-year-old son was killed in an all-terrain vehicle accident. Nick was sitting with him on the vehicle when the boy apparently hit the throttle. Nick fell off the back, and the ATV struck a tree with the toddler still aboard.

Nick, who did not want his full name used in this story for fear of damaging his business, said he wanted to die, too. He went from a clean-cut veteran who had never used drugs to a heroin addict. "I was using it as a means to an end," he recalls.

But this month, Nick, 31, of Eureka, is set to graduate from Veterans Treatment Court, a special program started in last January as part of the St. Louis Circuit Court.

The program is rigorous. Participants — all of them non-violent offenders — must attend support group meetings, submit to random drug tests and meet frequently with a judge and representatives of the Veterans Administration.

"It's a little like the military," said Nick. "They force you to do something and you learn from it. It's one of the best things you've ever done, but you never want to do it again."

About 12 veterans are attending the court in St. Louis. If they successfully complete the steps, the charges against them will be wiped from their records or they may be released early from court supervision.

The process takes from a year to around 18 months; Nick is set to be one of the first graduates.

The SAMHSA National GAINS Center would like to know more about what is happening in your community. To share information about new programs or to highlight an innovative program in your area, send information to the GAINS Center at http://gainscenter.samhsa.gov.

ARCHS is pleased to announce it has received a grant from Lutheran Foundation of St. Louis for $10,000 to provide strategic management support to St. Louis Alliance for Reentry (STAR) as it connects re-entry individuals to agencies working in coordination to strengthen the delivery of human and social services. The mission of STAR is to integrate successful intervention principles and practices resulting in collaborative partnerships that enhance ex-offender self-sufficiency, reduce recidivism, and improve public safety and community health in St. Louis City and County. 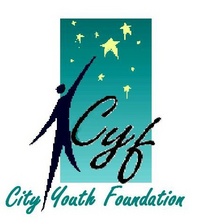 Those who are interested in volunteering in any capacity then please visit the link below for more information. If you have any talent or know anyone with experience in art, dance, drama, fashions, music or photography - please share the information with them! No auditions required!

To find out more information on volunteering for the City Youth Foundation, click HERE. 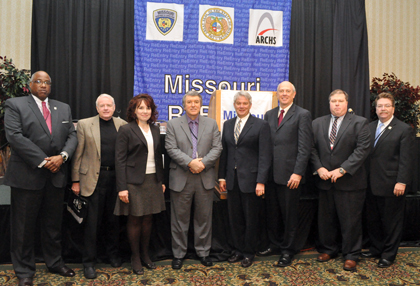 The 2010 Missouri Reentry Conference was an overwhelming success as over 300 people packed the Tan-Tar-A Resort in Osage Beach from Nov. 17-19. The conference featured keynote speakers and dozens of workshops by corrections, reentry, social service and workforce development experts.

The Director's Panel gave attendees the opportunity for a Q&A with Directors from the Missouri Departments of Corrections, Social Services, Revenue, Mental Health, Economic Development and the Office of the State Courts Administrator.